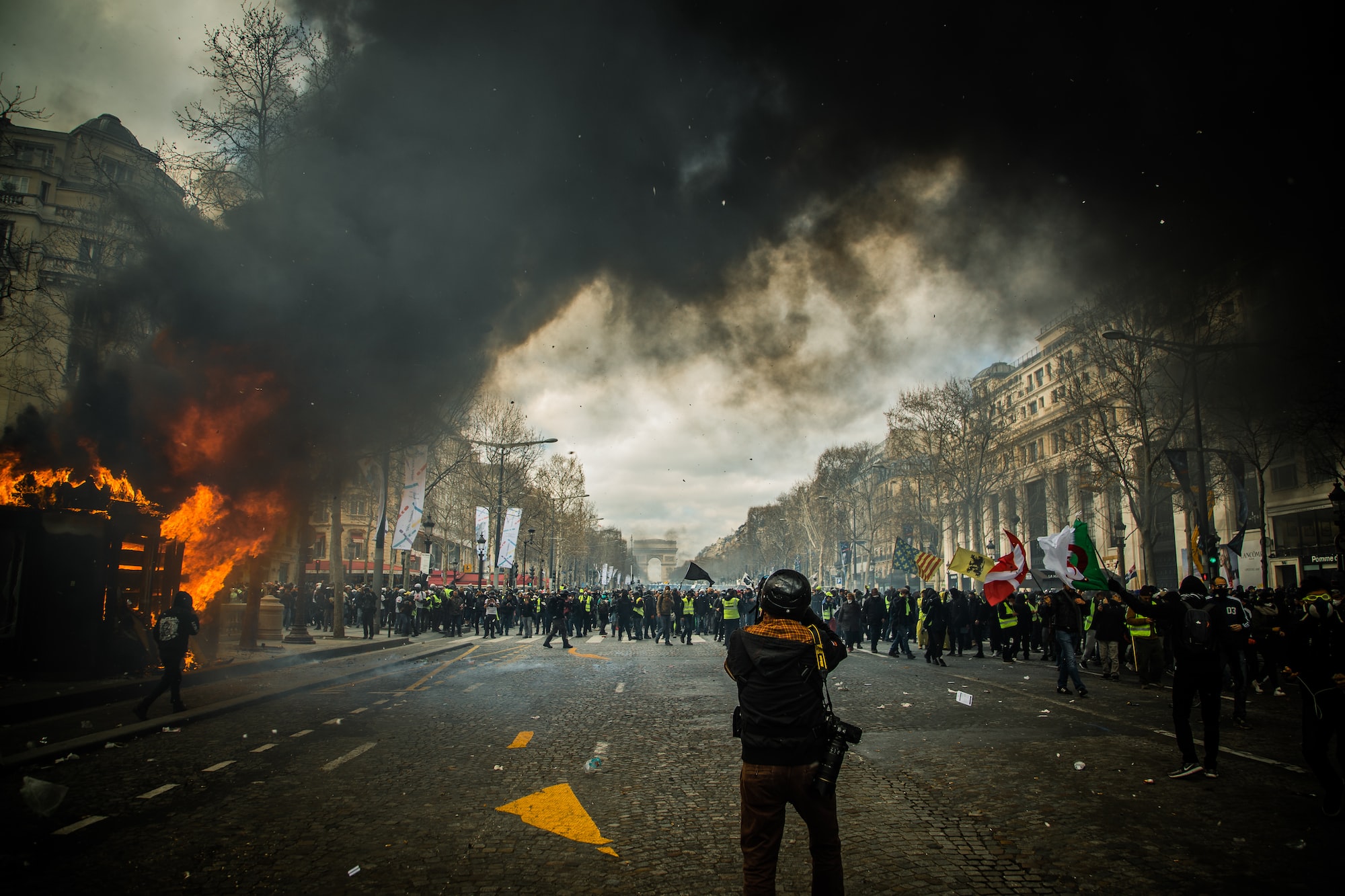 During this October protesters took to the streets of several cities, including:

The reasons vary. In Indonesia there were protests against very strict criminal laws. In the Netherlands, farmers farmers want more freedom to manage their farms. In France, workers known as yellow jacket are discontent with the government. In Haiti they are against the austerity that has led to containment of food, oil and energy. In Lebanon they are against government corruption. In Iraq they want the fall of the Prime Minister. In Israel the focus is the lack of police action on violence against Israeli Arabs. In Chile, the people are against rising public transport ticket prices and growing inequality.

Although all events appear to be disconnected, they all have something in common. It is the revolt against their respective governments in every part of the world. Some of these riots may even have long-term benefits, but in the short term, they are costly and this price is reflected in their respective currencies.